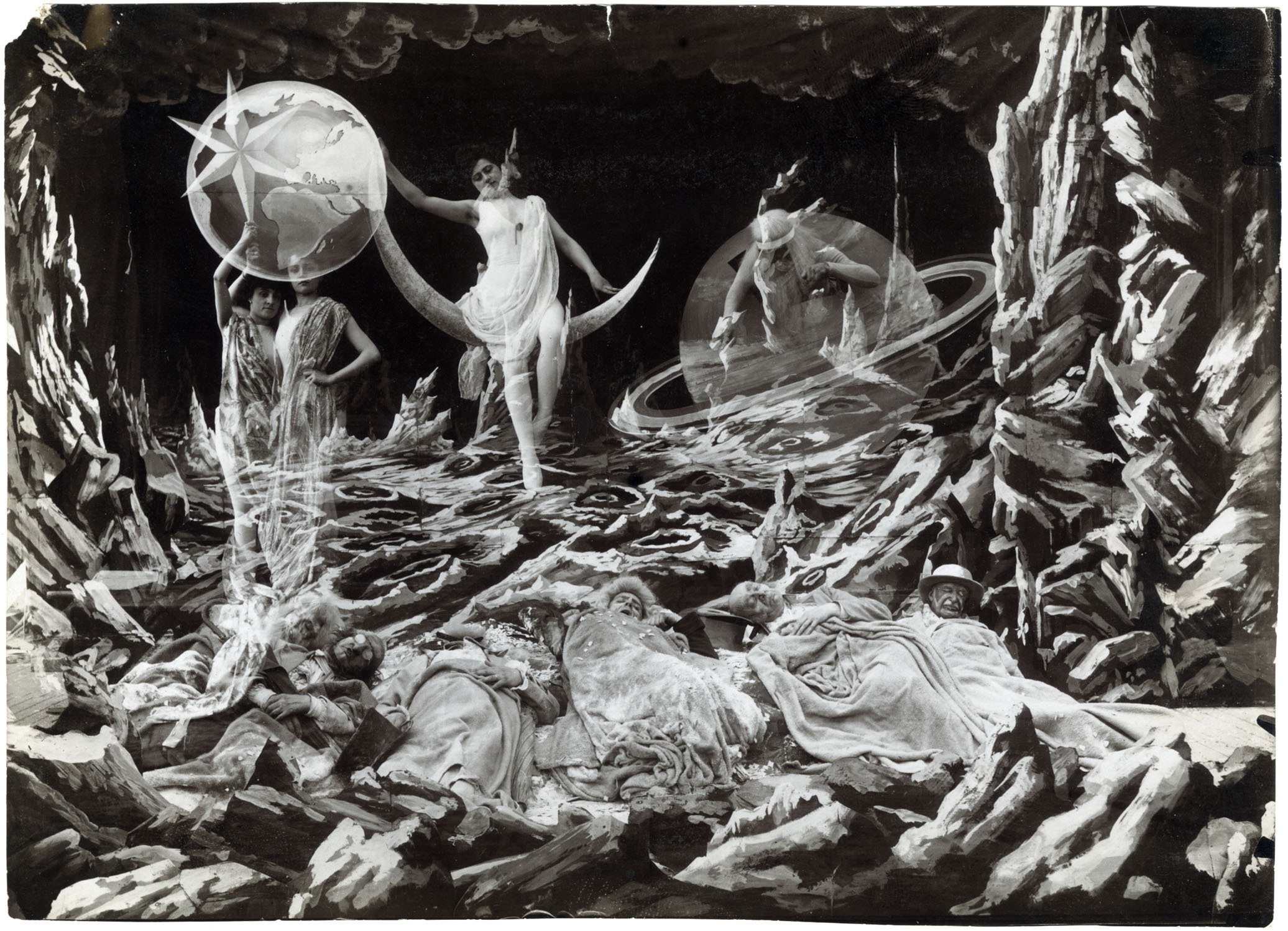 At once the cinema's first true artist and the most prolific technical innovator of the early years, Georges Méliès was a pioneer in recognising the possibilities of the medium for narrative and spectacle. He created the basic vocabulary of special effects, and built the first studio of glass-house form, the prototype of European studios of the silent era. Although a pioneer of early cinema, his films have a sense of fantasy, fun and nonsense whose exuberance is still infectious after almost a century.

Based in The Hague, the Catchpenny Ensemble is a platform of exchanging and practicing creative musical and other artistic ideas. The diverse background and the various inputs of its members lead to a fruitful and continuous musical dialogue. The combination of acoustic and electronic instruments, together with video art, cinema and audio-visual installations is Catchpenny Ensemble’s main characteristic. The repertoire of the ensemble consists of new collaborative multimedia works by its composers Yael Levy, Sascha Thiele and Nikos Kokolakis, alongside works by composers such us Peter Ablinger, Thrainn Hjalmarsson, Missy Mazzoli and Molly Joyce.

Moving and building are the key words in the work of Ilse Evers. After finishing the dance academy she discovered location-theatre. She made many performances with the collective Warner & co and later Aardlek for open-air festivals in Holland and abroad such as Oerol. Her latest works are installations and performances in which she plays with the eye of the public. Building and moving herself, and the vision of the audience. eversilly.nl

Wen Chin Fu graduated in 2006 from the Classical Music Department of Shih Chien University, Taipei, and continued her studies at the ArtScience Interfaculty of The Hague, where she graduated in 2010 and is finishing her master in T.I.M.E.  Her performances explore the relationship between physical movement, sound and the environment. She has been developing various instruments. All the instruments focus on the relation between the material and physical movement.  A key element of her practice is concentration, which opens the senses for perceiving things through new perspectives. wenchinfu.com

Yael Levy is a composer, performer, visual artist and an educator.  Currently located in The Hague, Netherlands. In her works she explores new models which emerge from the combination of music composition, collective composition, visual art, performance-art and theater. Levy is active in several creative groups, including Stichting Helicopter which is a visual artists initiative, and one of the artistic directors of the Catchpenny Ensemble, which focuses on multimedia works and collective composition. yael-levy.com

Sascha Thiele is a Cologne-based composer of concert- and filmmusic as well as a songwriter and Popmusic producer. He is also a practising musician as a guitar player and singer in several bands and projects. He is always looking for ways to combine his knowledge of experimental music and his background as a Pop/Rock musician. He is one of the composers of the Catchpenny Ensemble, which focuses on multimedia works and collective composition. svthiele.de

Nikos Kokolakis is a composer living in Den Haag. His main compositional interest lies in developing an understanding of sound as space in sonic structures. His works have been performed by various ensembles in Europe. He is an active member of various artistic initiatives and one of the artistic directors of the Catchpenny Ensemble, focusing in multimedia and collective composition. nikoskokolakis.com