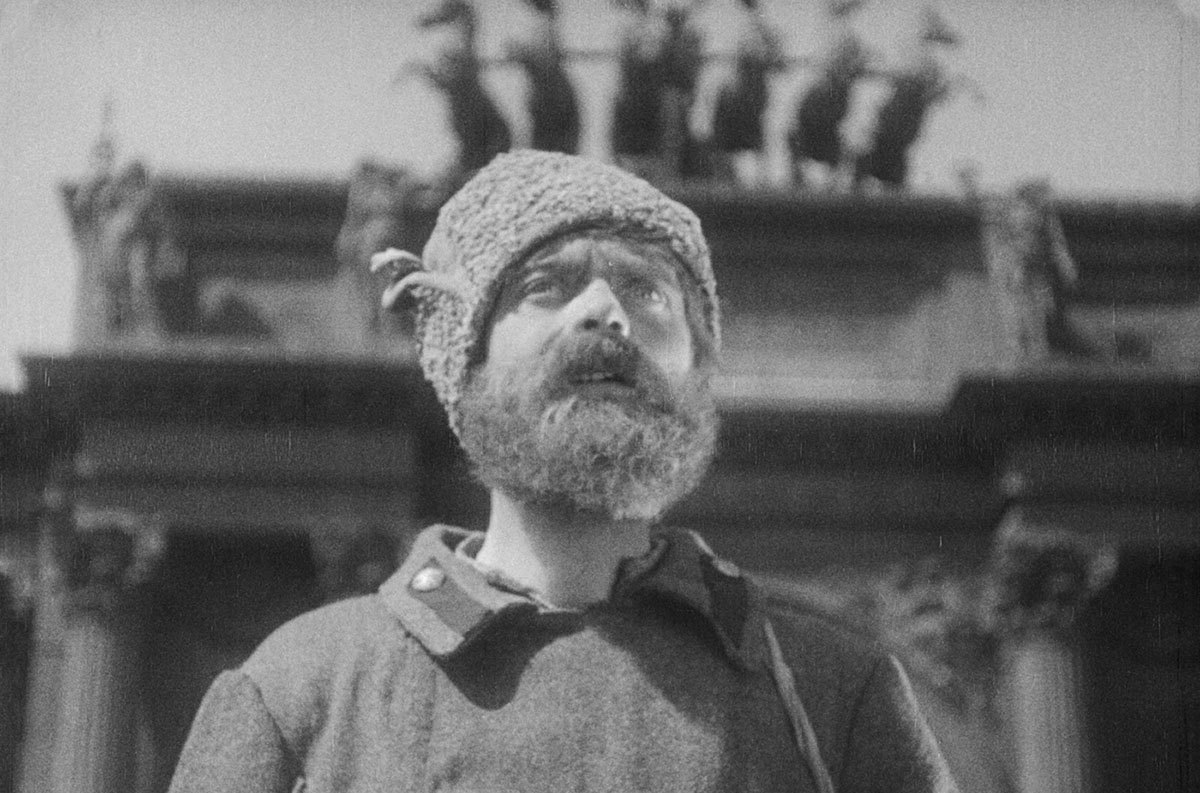 The story of a young man who is drafted into the Tsar’s army during World War I, and becomes a total amnesiac due to shell shock. He begins to regain his memory a few years later and is at pains to understand what happened as his country has been thoroughly transformed by the Bolshevik Revolution of October 1917. Director Fridrikh Ermler was one of the greatest masters in the history of Soviet and world cinema. This was acknowledged by such filmmakers as Eisenstein, Chaplin, and Pabst. Fragment of an Empire, Ermler’s last silent feature, is one of the most important films in Soviet silent cinema, yet it is little known and woefully underappreciated today. The film is a model of Soviet realism, yet it displays astounding surreal moments that are unique for the time and place.

Music by Gerard Bouwhuis (piano, organ and electronics)
For the performance of Fragment of an Empire, Bouwhuis will use the music of the Russian avant-garde composers of that time: a mixture of the piano music of Mossolov, Roslavets, Lourié, and Shostakovich but also Skrjabin, Rachmaninov and others. The music of that time has many colours and moods, and it will be processed to tell a consistent story that will seamlessly flow with the film. Besides the piano, electronics and a keyboard will be used to create a modular layer that will tie all the pieces together.

Gerard Bouwhuis
Gerard Bouwhuis studied the piano with Geoffrey Madge at the Royal Conservatory of The Hague, where he received his solistic degree. As a soloist he appeared a.o. with the Schoenberg Ensemble, Asko, Netherlands Wind Ensemble, Residentie Orchestra, Ebony Band and the Xenakis Ensemble. Many composers wrote pieces for Bouwhuis
a.o. Louis Andriessen, Rob Zuidam, Julia Wolfe, Steve Martland, Martijn Padding and Cornelis de Bondt. As a soloist Bouwhuis performed at music festivals around the world. Together with Heleen Hulst he founded the ensemble Nieuw Amsterdams Peil, focusing on contemporary chamber music and music-theatre. He is a member of the Splendor Musicians in Amsterdam. For his contribution to Dutch music Bouwhuis was awarded the Theo Bruins Prize. Bouwhuis teaches contemporary piano music at the Royal Conservatory in the Hague.