Based on stories from "The Arabian Nights", a handsome prince rides a flying horse to far-away lands and embarks on magical adventures which include befriending a witch, meeting Aladdin, battling demons and falling in love with a princess. The film’s director, Lotte Reiniger, was a pioneer of early cinema and animated film, and a standard-bearer for women in the industry. Her hypnotic films, painstakingly crafted out of snippets of card and wire and animated by hand, have influenced generations of film-makers and artists. The Adventures of Prince Achmed is the world’s first animated feature film, a whirlwind of a fantasy filled with innovation and beauty that still has the power to capture the hearts of contemporary viewers.

Music by Nizar Rohana - Ud and composition (Palestine); Leah Uijterlinde - Voice, Clarinet, Live Electronics and Composition (Netherlands); Carlos Ema - Piano, Live Electronics, Composition and Direction (Spain)
"Our music is shaped by our cultures and traditions: Arabic, Flamenco and Sephardi Music (and the strong influence they have on each other). This encounter is evoked by the spells of the animated shadows of the beautiful film The Adventures of Prince Achmed and will become its live soundtrack; interacting between acoustic sounds and live electronics, plugged and percussed strings, voices and woodwinds."

Nizar Rohana
Nizar Rohana is a Palestinian ud player based in the Netherlands, distinguished for combining virtuosity within fresh contemporary compositions while maintaining the ud’s authentic language. Following extensive studies in ud performance, composition, and musicology, Rohana immersed himself in developing contemporary ud compositions, taking inspiration from the practices of Bach, Mozart, Beethoven, Chopin and Brahms all the way to Tanburi Cemil Bey, Kemani Tatyus Efendi, Muhammad Al-Qasabji and Muhammad Abdel Wahab.
In 2001 he was awarded a Bachelor of Music and Arts (specialisms in ud performance and musicology) from the Arabic Music Department of the Jerusalem Academy for Music and Dance and the Musicology Department of the Hebrew University. For some time he focused his work on the music of the great Egyptian composer Muhammad Al-Qasabji, completing his Master’s degree in 2006. Since September 2013, Rohana has been based in the Netherlands pursuing his PhD in improvisation and composition in solo ud performance at Leiden University Academy for Creative and Performing Arts. He is working under the supervision of Prof. Joep Bor, Prof. Frans De Ruiter and Dr Anne Van Oostrum, as part of the doctoral programme designed for musician-researchers, docARTES.
As a performer, Rohana’s wide stage experience as a soloist and within groups encompasses playing traditional, modern, experimental and world music. During the last fifteen years, he performed in countries such as Japan, Morocco, Egypt, Turkey and in the USA and Europe, releasing his first album Sard (Narration) in May 2008.
In 2013 he formed his own trio together with the Hungarian double bass player Matyas Szandai, and French-Lebanese percussionist Wassim Halal, releasing their debut album Furat (Euphrates) in 2016.   In 2015, Rohana was invited by the renowned Dutch bass player Tony Overwater to participate in the music recordings for the recent IKON documentary series 'Om de Oude Wereldzee' (‘Around the Ancient World Sea’), based on the travels of Dutch politician Abraham Kuyper. In 2016, Overwater and Rohana formed Madar Ensemble together with the Dutch clarinettist Maarten Ornestein; Tunisian violinist and viola d’amore player Jasser Haj Youssef and Jordanian percussionist Nasser Salameh. Their debut album was released in May 2019.
Between 2001 and 2007 Rohana was one of the main ud and music theory teachers at the Edward Said National Conservatory in Jerusalem, Ramallah and Bethlehem, and in 2006 he also worked as the deputy for academic affairs. 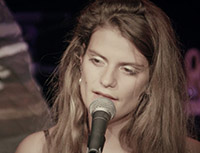