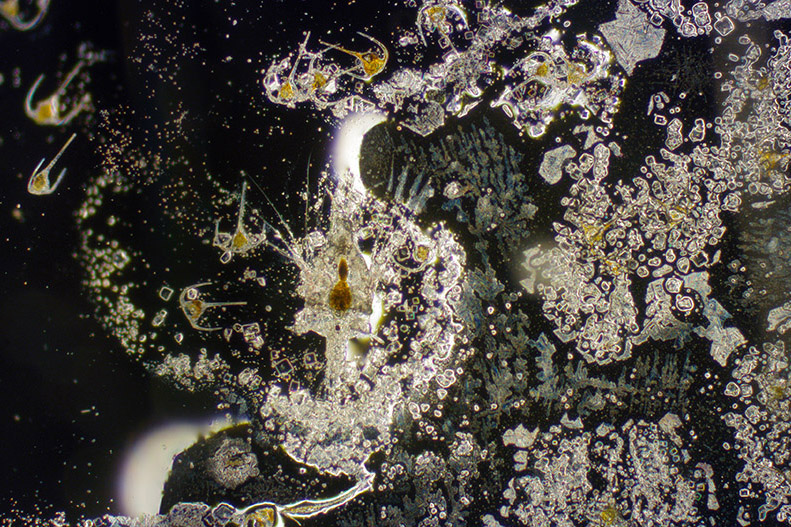 Captured through a light microscope, ‘Reclaiming Vision’ features a diverse cast of microorganisms, sampled from brackish water, alongside algae, cultivated in a lab. The film reveals various processes in the water that are hidden to the naked human eye. By investigating the brackish water, its inhabitants, its properties, and the traces left by human activities, the film is a reflection upon the relationship we humans have with our surroundings, especially through what we cannot see. This session starts at 20:30 and it includes The Seashell and the Clergyman with music by Hypochondriac Resonators and PARARSE, music and video art by 1LL0~ (Guillermo Martín-Viana and Juanlu Montoro Santos)