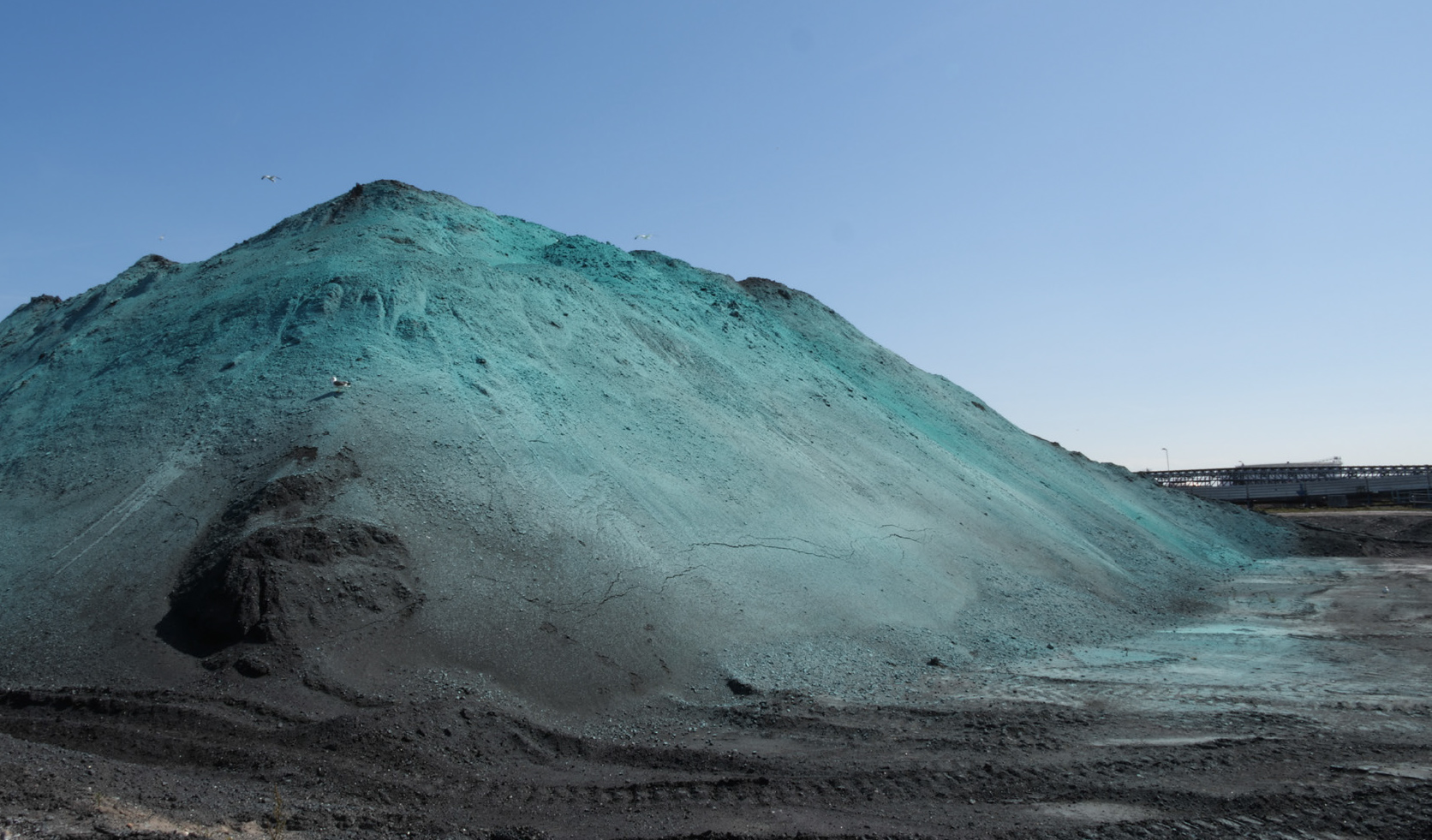 Entering the zone of immortal noise allows for both material and non-material mechanisms to be measured. This live territory of iron ore extends beyond the physical particles and into a liquid sphere. A cacophony of noise and information, bounded by a folding dimension. The magnetic data stored and amplified by the metallic properties of the site is decoded by a geo-tool. Behind these curtains of physicality, a series of invisible inscriptions emerge that flow and dance in space. The short film ‘Untangling Noises of Matter’ deals with an ancient perspective onto the transduction of metallic powders found deep inside the Earth. The alchemic approach of transformation is at the film's focus. As the metal Iron has magnetic qualities – it plays a fundamental role in the formation of matter. The paleo-magnetic quality allows a new matter to be built that stores in the languages of our contemporary world. In this terrain of physical power, growth and capital the metallic powders of iron ore have become the most ‘human’ metal. Louis Braddock Clarke (UK/NL) works as researcher and creative practitioner interpreting notions from domains of art, geography, physics and philosophy. Through this multi-disciplinary approach, an experimental enquiry unfolds blending scientific and conceptual theories to materialise in contemporary mediums. Seeking out concealed obscurities lurking in daily life is a defined focus, one that surfaces as uniting cartographic language, new materialism and modes of peripheral vision. Braddock Clarke’s relationship with the Geographical Arts is embedded in his formative years in Cornwall, UK where he was surrounded by moorlands, granite quoits, shifting isolines, tin mines and trans-Atlantic cable systems. These Earth energies have become paramount to his ongoing research methods relating to technologies and terrains. Website: www.louisbraddockclarke.co.uk